Despite two and a half years of the KP’s reform process, there has not yet been any substantive discussion on proposals regarding the KP’s scope, nor on mechanisms to enable it to address diamond related violence impartially. The scheme’s relevance has long been challenged by NGOs, journalists and key industry players in only addressing diamonds mined by rebels fighting governments to the exclusion of other conflict-related issues affecting the sector. Last November, civil society and industry observers to the Kimberley Process expressed strong support for discussions around a new conflict diamond definition following a proposal submitted by Canada. The definition, intended to spark discussions on KP scope, includes reference to “public security forces or private (including criminal or mercenary) armed groups”, as well as to “systemic and widespread violence, forced labour, the worst forms of child labour and violations of international humanitarian law”.

Whilst diamonds are a potential development driver for African producers, in some contexts their production has continued to be mired by systemic violence or exploitation. In Angola and Zimbabwe, for example, state security forces have committed atrocities to clear land for largescale mining. As recently as September 2018, artisanal miners were targeted for widespread killings and beatings by Angolan security forces, triggering a regional security crisis. The killing and assault of miners desperate to support their families in and around large-scale diamond concessions by private security actors also remains an issue in a number of producer states. “To some, this may all sound like old news”, says Farai Maguwu of the Centre for Natural Resource Governance, a KPCSC member organisation based close to Zimbabwe’s controversial Marange diamond fields. “But for affected communities, it remains today’s tragedy.”

Diamond demand is consumer driven and experts point out that consumers are sensitive to ethics issues.  They are being offered a wide range of alternatives to diamond purchases and if they associate diamond consumption with harm they can turn away. “In this information age, its increasingly difficult to ignore links between diamonds and ethics issues like violence,” points out Shamiso Mtisi, KPCSC focal point and head of the Zimbabwean Environmental Lawyers Association (ZELA). “The only way to counter these negative associations is to stop them from happening”. The KPCSC, composed predominantly of African CSOs, highlights the risks such negative associations pose to African diamond revenues as synthetics producers increasingly market their goods as cheaper and more ethical alternatives to mined stones.

“Most industry actors have understood the threat human rights issues pose to the natural diamond trade, and therefore to African development,” points out Filip Reyniers, director of Belgian-based KPCSC member IPIS. Whilst the KPCSC has been calling to expand the KP’s definition since 2010, the KP’s own industry body, World Diamond Council (WDC) joined the fray over a year and a half ago. This saw it stand alongside Civil Society and the Diamond Development Initiative in calling for a broader conflict diamond definition on the side-lines of the UN General Assembly in February this year. Last November, the WDC expressed concern about the pace of KP reform on this issue, holding out for progress over 2019. For the KPCSC, these rays of hope may be starting to ebb.

So far, many producers have been shielded or benefited from the impact of consumer preferences for ethical stones. African producers courting human rights controversy have continued to attract buyers, many exploiting the impact of ethics concerns on rough diamond prices. Indian traders have been particularly implicated. Industry insiders point out that certain Indian traders have been buying these cut price stones to maximise profits where their controversial origin is obscured by polishing. In April, a top official from India’s Gems and Jewellery Export Promotion Council (GJEPC) stated this entity’s intention to establish direct links with Zimbabwe for diamond sourcing due to the “discounted rates” of these high quality stones, which would enable Surat’s smaller diamantaires to “maximise profits”. Such a perspective raises concerns about the exploitation of unethical practices for profit and may risk fuelling their continuation. GJEPC has not further confirmed this statement.

The KPCSC reports a lack of support for expanding the KP’s scope even among African states where human rights are not at issue. These states rely on the abuse-free status of their production for the marketing of their own stones. This creates little incentive for producers like Botswana to support the prevention of abuses elsewhere. The KPCSC highlights however that the unchecked continuation of violence after all these years risks eroding trust between consumers and diamonds as a product.

“The African Diamond Producers Association (ADPA) appears to be the last of the KP’s observers to recognise the serious risks posed by the continuation of abuses to the reputation of African diamonds” says Abu Brima, head of Sierra Leonean KPCSC member, Network Movement for Justice and Development. In May, Sierra Leonean miners became the subject of a tasteless joke in satirical news outlet, the Onion, about the number of dead diamond miners needed to prove matrimonial commitment – this, despite efforts in the country to improve the situation of artisanal miners. The joke highlights a lack of distinction in popular discourse between African producers affected by such issues. ADPA has been asked for input on extending the KP’s scope, but is not expected to report back until after the intersessional.

“The responsibility lies with governments” continues Mr Mtisi. “The KP is a government run mechanism and if producer states don’t understand what a threat these abuses pose to the sustainability of their diamond sectors then the KP will not reform. We call upon governments in the KP to act urgently in answering calls from both consumers and communities for change through constructive engagement on reform of the KP’s mandate.” 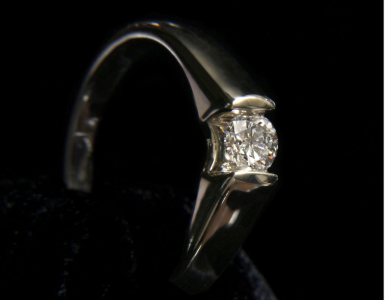 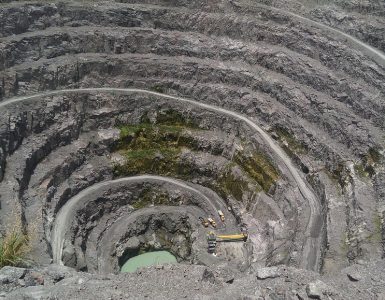 Our Coalition member from Sierra Leone, the Network Movement for Justice and Development (NMJD),  issued the below press release, jointly with their partners Advocates for Community Alternatives (ACA) and C & J... 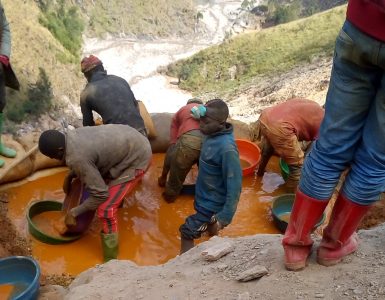 Highlights of the strategic NGO meeting on diamonds

Coming up: new publications on the Artisanal Diamond mining sector